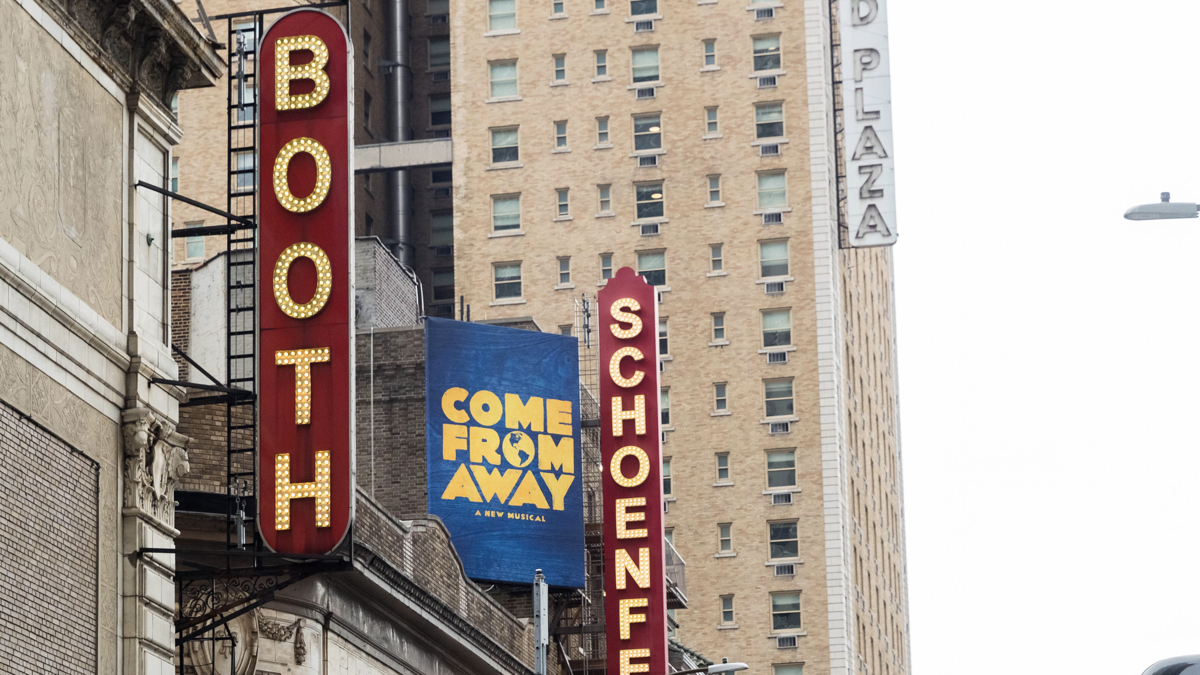 Broadway Shuts Down: Performances Canceled Through April 12 Due to COVID-19 Pandemic

As a precaution due to COVID-19, all Broadway performances have been canceled until April 12, Governor Andrew Cuomo and Charlotte St. Martin, President of the Broadway League, announced today.

“We are taking new actions to reduce the density of people across the state,” said Cuomo. “Starting Friday at 5PM, gatherings with 500 people or more will not be permitted in NYS. Additionally, for facilities with an occupancy of 500 or fewer, we are reducing the legal capacity by 50%. For Broadway theaters in Manhattan, these rules will go into effect at 5PM today. We have already spoken to the theaters about these new measures and they agreed.”

In addition, the 2:00PM matinee performance of Moulin Rouge: The Musical was canceled today.

“Our top priority has been and will continue to be the health and well-being of Broadway theatergoers and the thousands of people who work in the theater industry every day, including actors, musicians, stagehands, ushers and many other dedicated professionals,” said St. Martin. “Broadway has the power to inspire, enrich and entertain, and together we are committed to making that vital spirit a reality. Once our stages are lit again, we will welcome fans back with open arms so that they can continue to experience the joy, heart and goodwill that our shows so passionately express every night.”

The news of the shutdown comes as the new Broadway musical Six was scheduled to celebrate its official opening tonight. Other shows that were slated to open during the monthlong shutdown include The Minutes, Hangmen, Company, The Lehman Trilogy, Diana, Mrs. Doubtfire, Caroline, or Change and Who’s Afraid of Virginia Woolf? The new musical Flying Over Sunset was supposed to begin previews tonight. Rescheduled debut dates are currently unknown.

Broadway.com customers with tickets to canceled performances will be contacted with information on refunds or exchanges.