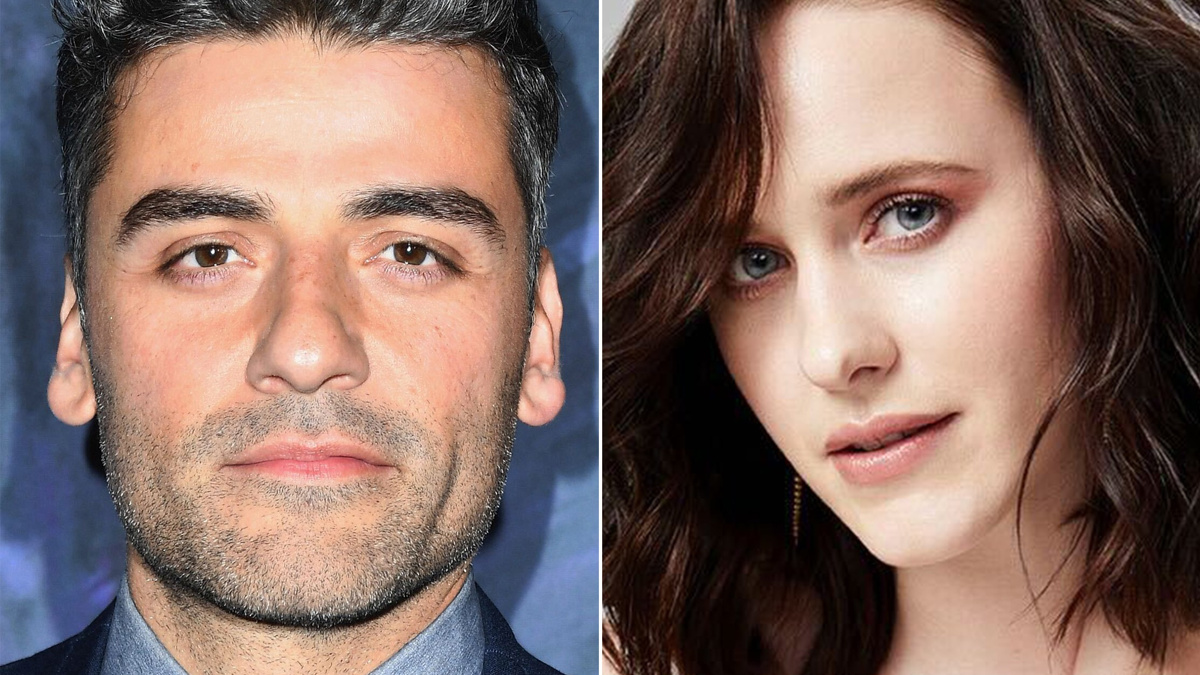 Golden Globe winner Oscar Isaac and Emmy winner Rachel Brosnahan will star in the first major New York revival of Lorraine Hansberry’s The Sign in Sidney Brustein’s Window at the Brooklyn Academy of Music next year. The production will begin performances at BAM’s Harvey Theater beginning on February 4, 2023 and open on February 23. Anne Kauffman will direct. Additional casting and creative team is to be announced.

The Sign in Sidney Brustein’s Window invites audiences into Greenwich Village in the 1960s, showcasing a diverse group of friends whose loudly proclaimed progressive dreams can’t quite match reality. At the center is Sidney (Isaac) and Iris (Brosnahan) Brustein, fighting to see if their marriage will be the final sacrifice to Sidney’s ideals. The production bowed on Broadwayin 1964, right before Harberry’s untimely death. Director Kauffman first helmed a revival at Chicago’s Goodman Theatre in 2016.

“We are in dire need of Hansbery’s voice,” said Kauffman in a statement. “We know so little of her and define her by one play: A Raisin in the Sun. Without a doubt, Raisin is a masterpiece, but Hansberry’s evolution and contribution to this country’s culture, history and political motion stretches way beyond that astonishing accomplishment. Her work as an artist and activist is varied and deep. The Sign in Sidney Brustein’s Window, written four years after A Raisin in the Sun, embraces human complexity and fraility while aggressively shaking us free of our delusions, yet very few people know if it. Now they’ll know.”

Isaac, an Emmy nominee and Golden Globe winner, is known for his many screen roles including Star Wars, Scenes from a Marriage, Show Me a Hero, Dune, Moon Knight, Inside Llewyn Davis and more. He has appeared in many New York  stage productions, including Hamlet at the Public, We Live Here at Manhattan Theatre Club, Grace at MCC Theatre and more.

An Emmy winner for starring in The Marvelous Mrs. Maisel, Brosnahan made her Broadway debut in 2013’s The Big Knife. She also appeared in Sam Gold’s off-Broadway production of Othello opposite Daniel Craig and David Oyelowo. Brosnahan’s other screen credits include House of Cards, The Courier, I’m Your Woman and more.

Hansberry was the first Black female playwright to have a drama produced on Broadway when her seminal work A Raisin in the Sun debuted in 1959. It earned four Tony Award nominations, including Best Play. The 1961 film adaptation earned Golden Globe Award nominations and a special nod at the Cannes Film Festival. Hansberry’s death at the age of 34 was due to pancreatic cancer.