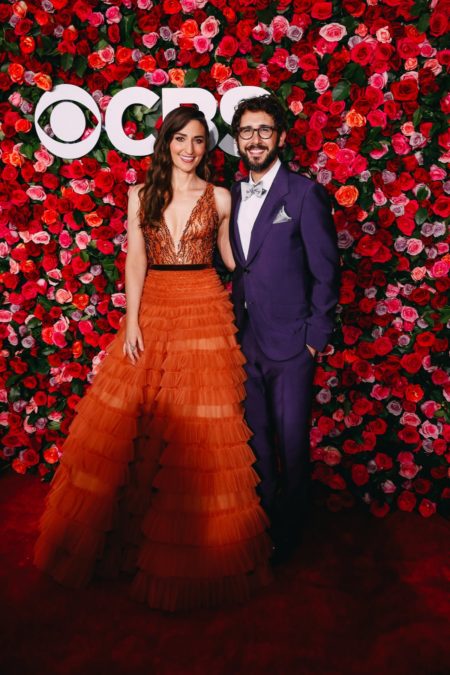 The 72nd Annual Tony Awards are over, but that’s no reason to stop celebrating! Catch up on all of our Broadway.com coverage of the 2018 Tonys.

The Best-Dressed Stars on the Tony Awards Red Carpet
From gorgeous gowns to sharp suits, we share our favorite fashion on the starry Tonys red carpet.

Sara Bareilles, Josh Groban and More Arrivals From the Tonys Red Carpet
Catch up on our glam photos of nominees, presenters, hosts and guests as they arrive at Radio City Music Hall for the 2018 Tony Awards.

Step into the Winners Circle!
Join Andrew Garfield, Lindsay Mendez, Tony Shalhoub and more as they accept their 2018 Tony Awards.

Get Inside the Tony Parties! See Stars Paint the Town Red After the 2018 Tony Awards
Join Broadway's brightest as they enjoy an incredible night on the town following the Tony ceremony.

See the Top Five Performances That Won Viewers Over
From tap-happy musical numbers to emotional renditions, you voted on your favorite musical performances and this is what you chose!

Once caught up on all of our features, check out our coverage of the individual winners, highlighting their acceptance speeches. From Andrew Garfield and Lindsay Mendez to Nathan Lane and Glenda Jackson and more, it was a night to remember!