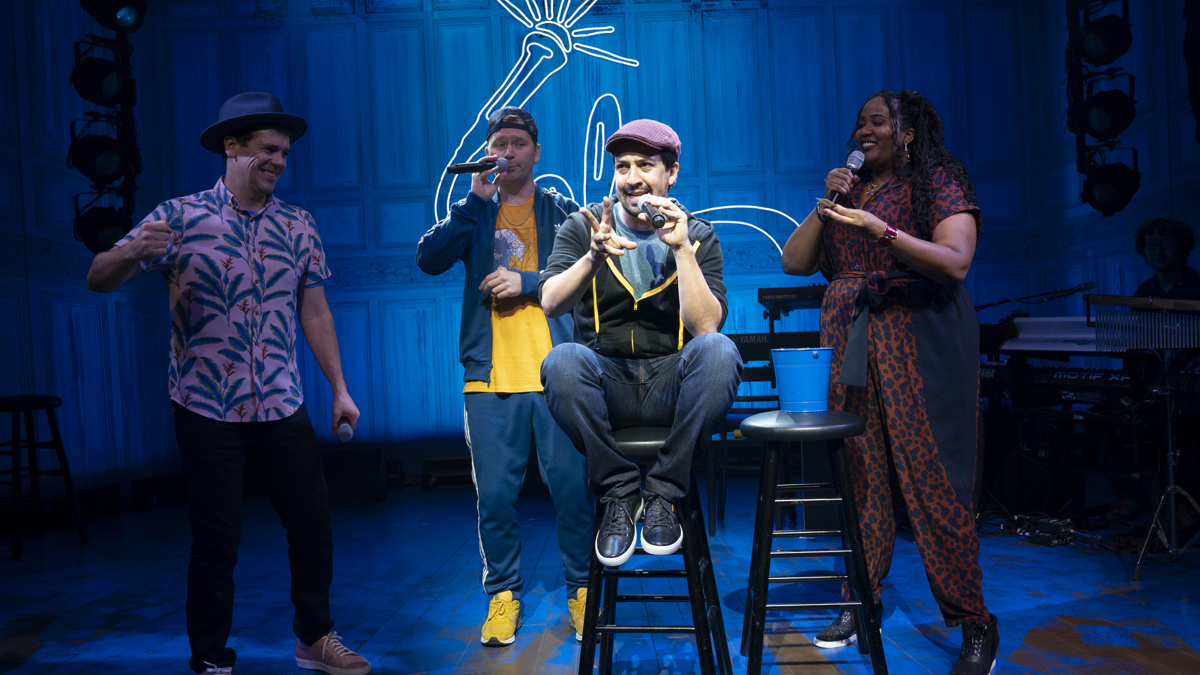 The previously announced release of the new documentary We Are Freestyle Love Supreme has been postponed. The 15-year retrospective of Lin-Manuel Miranda, Thomas Kail and Anthony Veneziale's hip-hop improv show had been scheduled to premiere on Hulu on June 5. A new release date will be announced later.

A statement was shared on the Freestyle Love Supreme Twitter page on June 3. "Our show does not exist without the generations of brilliant Black artists that created two of our most beloved American art forms: jazz and hip-hop," the statement read. "Today our country, our world struggles to reach an end to this systemic racial injustice, intolerance, police brutality and hate. We add our voices to that fight, to that struggle. We are Freestyle Love Supreme. We are for love." The post also included a link to Black Lives Matter.

Directed by Andrew Fried, the film, which premiered at the Sundance Film Festival, chronicles Freestyle Love Supreme's journey from a game played by Miranda and his collaborators in the basement of the Drama Bookshop to its Broadway run at the Booth Theatre. Fried began filming when the group first toured the show at the Edinburgh Fringe Festival in 2005, and the documentary shows footage of Miranda, Kail, Veneziale, Christopher Jackson, James Monroe Iglehart, Utkarsh Ambudkar, Chris Sullivan, Bill Sherman and Andrew Bancroft. We Are Freestyle Love Supreme reveals why this show still means so much to these accomplished performers.

Watch the trailer below!